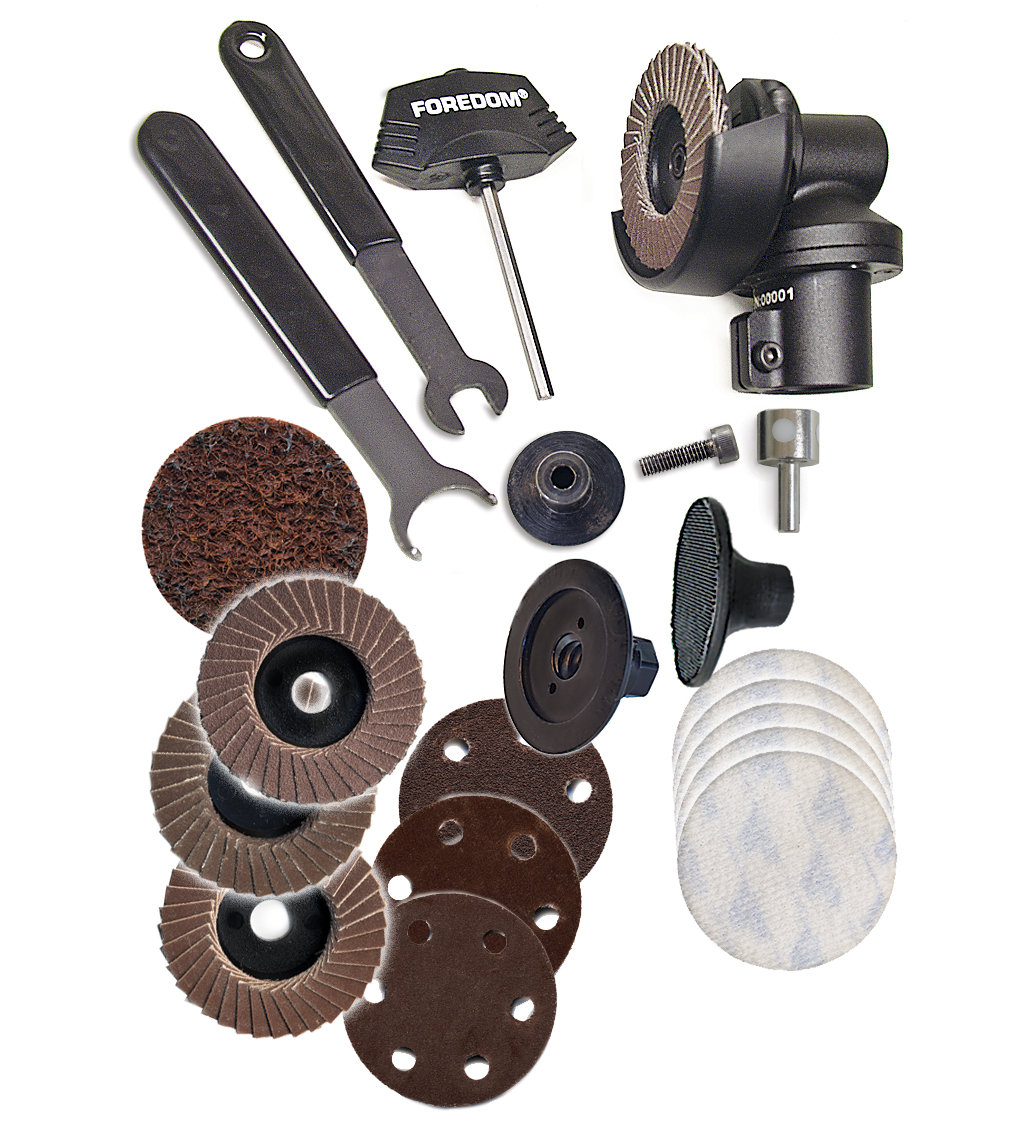 I'm a fan of the Foredom Mini-Angle Grinder for lots of my smaller work. It comes with a lot of accessories that make it useful right out of the box, but it was missing a simple blade, probably for good reasons, but I decided to make my own.

First off, the Foredom is a frickin' amazing tool and you can get multiple interchangeable handsets for it that'll give you lots of options. I bought my first one twenty years ago, loaned it to a friend who never gave it back, so I had to buy another. I was able to find lots of them on eBay, and some were going for a song ($86 for a practically new unit with handpiece). These are built to last and are easy to service: I'd get a new set of brushes, blow out the motor case with compressed air, clean and re-grease the shaft, and it's like a brand new device. I picked up multiple handsets ($46 for a set of four) on eBay, too, and those are fairly easy to service if you know how to press bearings. If not, Foredom's repair service is fast and reasonably priced. Anyway...

The angle grinder kit is either "just the kit" or "comes with handpiece". If you don't have a spare H-30 handpiece, I recommend getting the "comes with handpiece" option because installing and unstalling the head is a drag. You may also want one of their manual speed controllers to limit the speed if you don't have a light touch on the foot control. To set it up, you put this nub thing in the H-30 chuck, tighten, and then clamp the angle head on it. Snap it on your Foredom shaft and you're ready to go.

It comes with wrenches, a bunch of sanding discs, flap wheels, and assorted mandrels: a velcro pad, a ⅜" arbor, and a screw-lok / roloc.  It comes with some aluminum oxide sanding discs, but I got some silicon-carbide discs to replace them. The roloc mandrel is great because you can spin on and off various grits of pads super quickly, and I bought some tiny diamond pads and some buffing wheels to go along with it. It also comes with a few sticky backed velcro pads, so you can make your own velcro-backed wheels.

I wanted a blade for cutting tiny frets and details in a basalt mantelpiece I was doing. So I looked for a 2" diamond blade for it, but nothing was immediately obvious. I decided to hot rig a 2" diamond blade onto the mini angle grinder and was pretty pleased with the results. 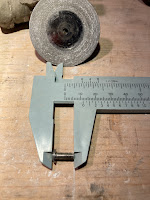 Inside the ⅜" arbor is a screw hole. You're going to want to take the unit with you to the hardware store to get an exact match because whatever size I thought it was, it isn't. The picture of the machine screw should give you a close idea of the length, I ended up buying a few different lengths in case I had something else come up later. The head type is rounded (also called button or domed) to minimize chance of hitting the piece with a bolt. Getting the screw through the blade was hard -- it was just slightly too small -- but once in there it's a good tight fit for no slippage.That's about it. I've been toying with a way to get a tiny water drip working on this kit, if that happens I'll post about it here.
on March 12, 2022